The Treason Show began life at Brighton’s Komedia in 2000 with the idea of “trying one a month for three months and see what happens.” 21 years later, the show has built up plaudits, awards, a loyal following and now a broadcast TV series .

“An arsenal of acute writing and a great versatile cast bring the crowd to rapture. The sketches come as thick and fast as the laughs” THE ARGUS

“This is a most impressive parade of topical songs and sketches, brilliantly written and exquisitely performed. Time and time again, these short and pointed routines sail beautifully towards their target, then sink it with a well-aimed punchline”  CHORTLE.COM

“Multi-talented performers-fast, witty, topical and surreal with a few million laughs” THE LATEST.

“All in all, The Treason Show is well worth a visit. You’re guaranteed to be amused and you can go every month and not hear the same joke twice. …The Treason Show fresh and funny every time.” THE LATEST.

“The savagery of HIGNFY mixed saucy acting and gleeful music, these floorboard terrorists could give The Thick of It a run for their money.” SOURCE.

“Stand-out performances all round which quite simply brought the house down.” BROADWAY BABY 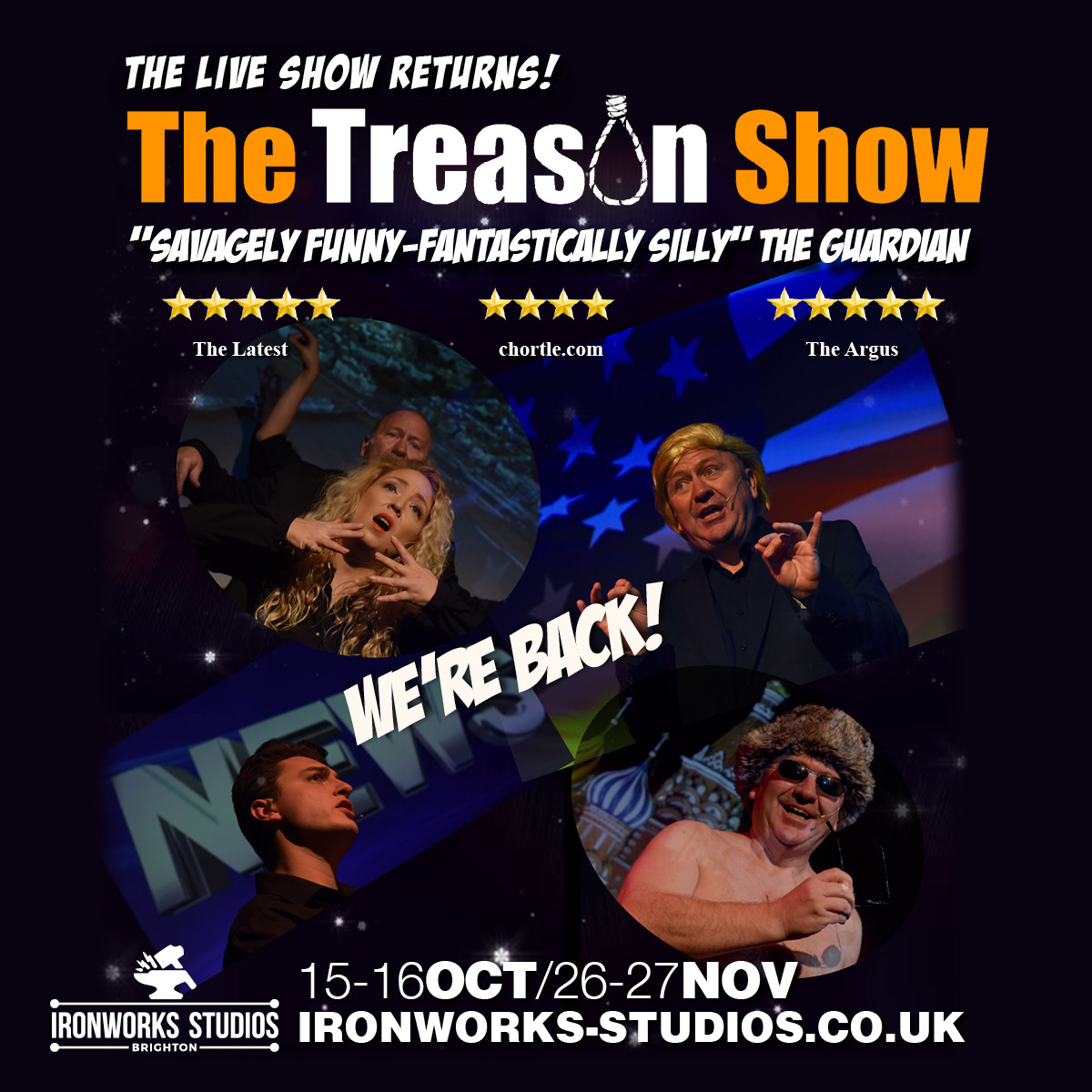